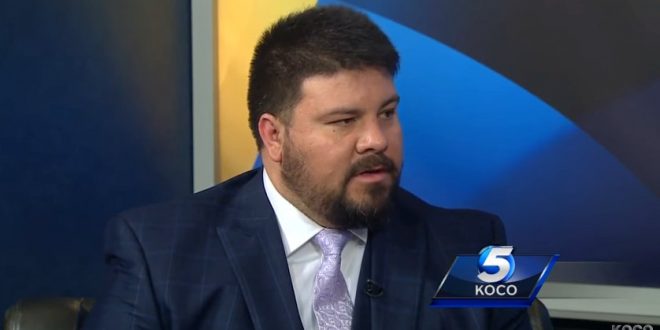 Former state Sen. Ralph Shortey has agreed to plead guilty to a child sex trafficking offense for offering to pay a 17-year-old boy for sexual “stuff” last March. In exchange for his guilty plea, federal prosecutors have agreed to drop three child pornography counts against him.

A jury trial for Shorty had been set to begin Dec. 5 in Oklahoma City federal court. He is now scheduled to plead guilty Nov. 30 instead. By making a deal, Shortey, 35, hopes to avoid being locked up for nearly the rest of his life. Still, he will be required to serve at least a 10-year prison term, the mandatory minimum time for child sex trafficking.

If you missed the lurid backstory to Shortey’s arrest, my earlier posts are here. Previous Trump: Hillary Is The Biggest Loser Of All Time
Next AC/DC’s Malcolm Young Dies At Age 64