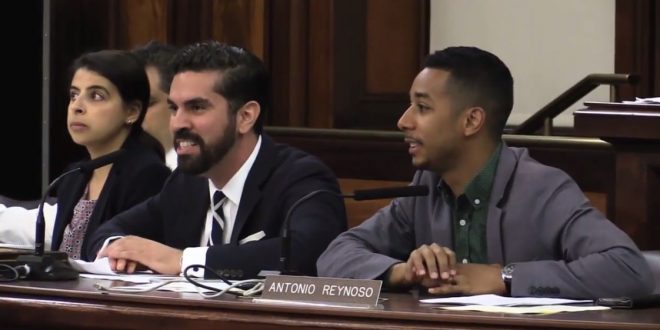 You can dance if you want to. A law that has banned dancing at the vast majority of the city’s bars and nightspots for nearly a century was struck down Tuesday by a City Council vote.

The Council voted to repeal the cabaret law, which prohibits dancing without a cabaret license — which fewer than 100 of the 26,000 bars and restaurants in the city have.

Nightlife lovers have gone after the law as archaic, originally motivated by racism, and a burden on business owners who are left scrambling to prevent the merest toe tapping by their patrons or fearing a ticket. The law dates to 1926, when it was put in place to go after Harlem jazz clubs where black and white patrons freely mixed.

The dancing ban has not been aggressively enforced in recent years, but businesses complain fines have been arbitrary and unfairly targeted certain types of music, including hip hop, electronic and Latin music, over others.

I’ve been told that the only New York City gay bars with a cabaret license are the Monster and the Eagle. Maybe a JMG reader knows more?

Previous NYC Terrorist Identified As Uzbek Legally In US Since 2010, Uzbekistan Not On Trump’s Travel Ban List
Next Trump Blames Schumer For Manhattan Terror Attack (Lottery System Was Signed Into Law By GHW Bush)