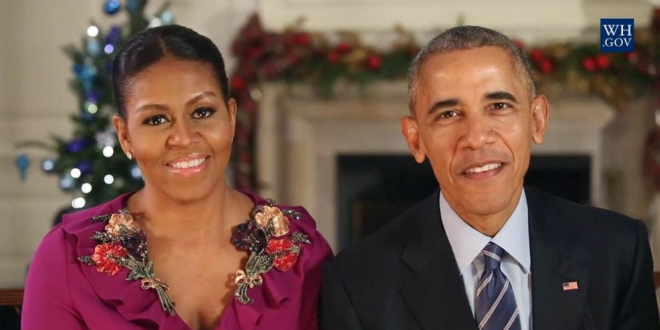 MSNBC trolled President Trump’s claim that he is bringing back the “Merry Christmas” tradition on Wednesday by airing an edited compilation of clips that show former President Barack Obama and his wife Michelle Obama wishing the country “Merry Christmas” while he served in office.

“As we approach the end of the year we got to thinking, ‘Did Donald Trump really bring Christmas Back to the White House?’” said host Chris Hayes, on MSNBC’s “All In with Chris Hayes,” before rolling the clip.

Donald Trump is claiming victory in the War on Christmas, saying he brought “Merry Christmas” back to the White House. We found plenty of evidence proving him wrong… #inners pic.twitter.com/fGBSbYybvx

Previous Heckler Interrupts Roy Moore: “He’s A Man’s Man, Does That Look Like The Face Of A Molester?” [VIDEO]
Next NEW YORK CITY: Bullied Teen Murder Suspect Thanks Gay Men For Putting Up His Bond Money [VIDEO]