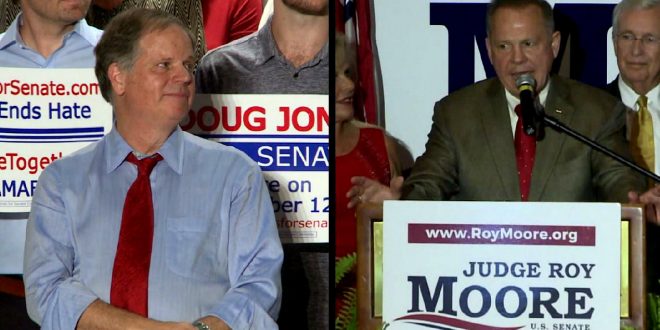 Moore and Democrat Doug Jones are tied at 46% in the survey, which was conducted Thursday by Opinion Savvy and commissioned by Decision Desk HQ in the aftermath of a bombshell Washington Post report in which the accuser, now 53, went on record with her story.

The results also suggested that a write-in campaign by another Republican could tip the seat to Democrats — a prospect that once seemed far-fetched in deep-red Alabama. A three-way race — with Moore, Jones, and interim Sen. Luther Strange as a write-in candidate — would favor Jones with roughly 44% of the vote, followed by Moore at 41%, and Strange at 12%.