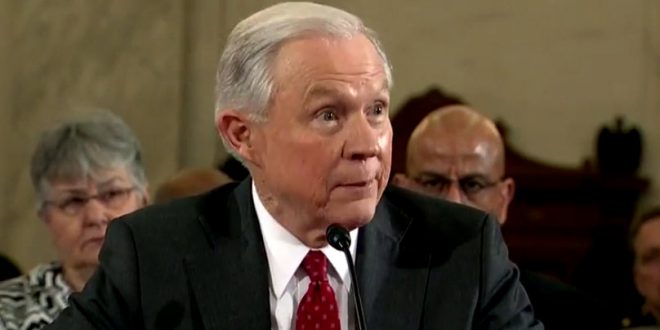 Senate Majority Leader Mitch McConnell floated Attorney General Jeff Sessions as a replacement for Roy Moore, the Alabama Senate candidate accused of sexual misconduct and assault of teenagers when he was in his 30s.

McConnell brought up the idea Tuesday night at the Wall Street Journal CEO Council’s annual meeting in Washington, proposing Sessions as a write-in candidate to take back his old Senate seat. He cited Sen. Lisa Murkowski, R-Alaska, as a successful example of a write-in campaign.

“It appears as if the only option would be a write-in and that’s very seldom successful, although we’ve had an example of it in 2010. Lisa Murkowski from Alaska lost the primary, ran a write-in campaign in the general election and actually won,” he said.

Mitch McConnell is attempting to subvert the will of Alabamians yet again, this time helping to elect a far-left Democrat! #alsen

McConnell at the Bat

3 STRIKES AND YOU'RE OUT, MITCH. #ALSEN

Previous House Dems To Introduce Five Articles Of Impeachment
Next Moore’s Lawyer To MSNBC Host: With Your Background You Should Understand Dating The Underage [VIDEO]