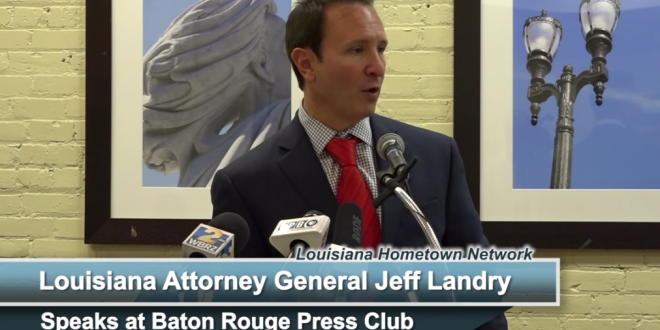 “We do not live under a King in Louisiana; we have a Governor, an independent Attorney General, an elected Legislature, and a Court system who are all involved in the governing of our State,” Landry said in a written statement. “I applaud the professionalism and attention of the Court of Appeal in these matters.”

The First Circuit decision is unlikely to settle the dispute, one of a series between the governor and attorney general since they took office in January 2016. The case will almost certainly be taken to the Louisiana Supreme Court for consideration.

“Discrimination in state government and by state contractors is wrong, makes us weaker, and is bad for business and economic development,” Edwards said in a written statement. “Even President Trump agrees, as he has kept in place a federal executive order which is virtually identical to the order I put in place.”

Previous Sandy Rios: Calls For NYC To Move “Forward Together” After Terror Attack Are From The Communist Playbook
Next Trump Shrugs Off Manafort Dumpster Fire: I’m Not Under Investigation And My Name Isn’t Mentioned