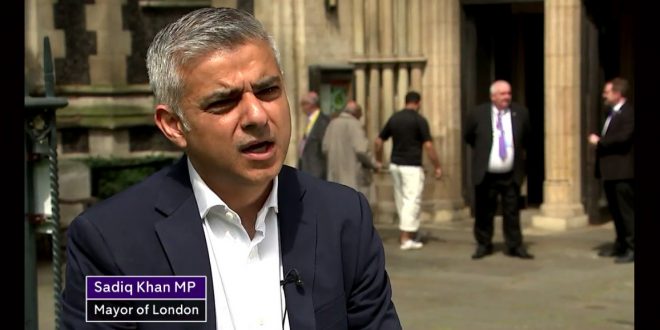 London Mayor Blasts Trump: He Has Betrayed Britain And Should Not Be Welcomed For A State Visit

The mayor of London slammed President Donald Trump on Thursday for retweeting anti-Muslim propaganda from a British far-right party, and suggested UK Prime Minister Theresa May shouldn’t welcome Trump into their country for a state visit.

Khan, who is Muslim, called Britain First, the far-right party Trump retweeted on Wednesday, “a vile, extremist group that exists solely to sow division and hatred in our country.” He added that the videos make it “increasingly clear that any official visit at all from President Trump to Britain would not be welcomed.”

“Many Brits who love America and Americans will see this as a betrayal of the special relationship between our two countries,” Khan continued. “It beggars belief that the President of our closest ally doesn’t see that his support of this extremist group actively undermines the values of tolerance and diversity that makes Britain so great.”