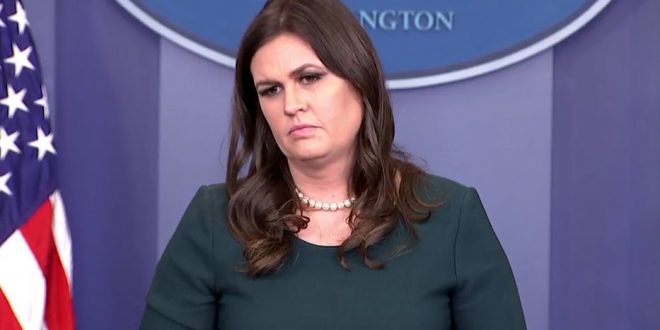 White House Press Secretary Sarah Huckabee Sanders takes the podium for the daily briefing on Friday afternoon. And based upon the events of the past 24 hours, one can pretty well guess the dominant line of inquiry from the White House press corps.

Of course, Trump’s comments served to draw attention to his silence on the allegations against Alabama Senate candidate Roy Moore. And the comments have also brought allegations of Trump’s own alleged misconduct back into the national spotlight.