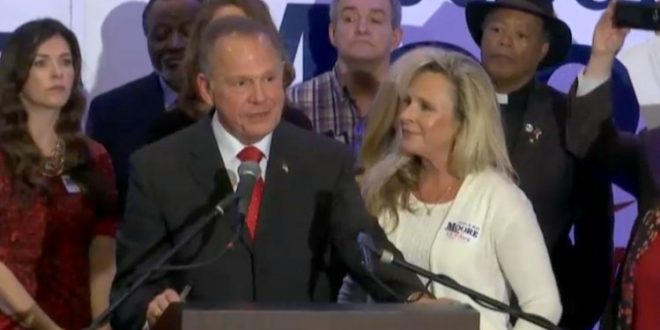 Republican U.S. Senate candidate Roy Moore is speaking Thursday afternoon at a faith leaders press conference in Birmingham. Moore has come under fire for allegations of sexual misconduct. Many of the allegations come from women who said they were under the age of 18 when they had interactions with Moore.

Moore has denied all of the allegations. He faces Democrat Doug Jones in a Dec. 12 special election for the Senate seat currently held by Luther Strange, who was appointed to the office when President Trump named Jeff Sessions U.S. Attorney General.