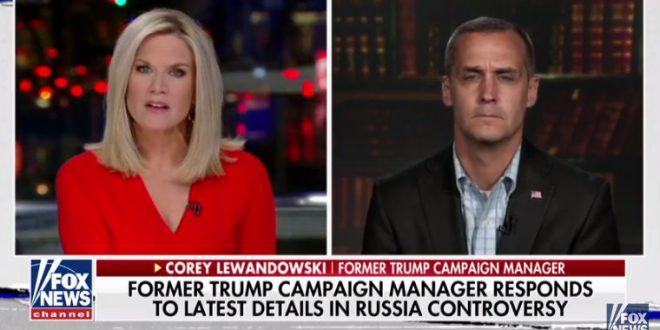 Corey Lewandowski: My Memory Has Been Refreshed About Emailing Carter Page On Russia [VIDEO]

Former Trump campaign manager Corey Lewandowski said Tuesday night his “memory has been refreshed” regarding his email exchange with Carter Page in which the former foreign policy adviser requested Lewandowski’s permission to travel to Moscow.

Page, who testified last week before the House Oversight Committee as a part of their ongoing probe into Russian election meddling in 2016, told congressional investigators in testimony revealed Monday that he had asked he former Trump campaign chief and Hope Hicks, now the White House communications director, about his trip to Moscow in 2016 in which he met with Russian officials and discussed the presidential campaign.