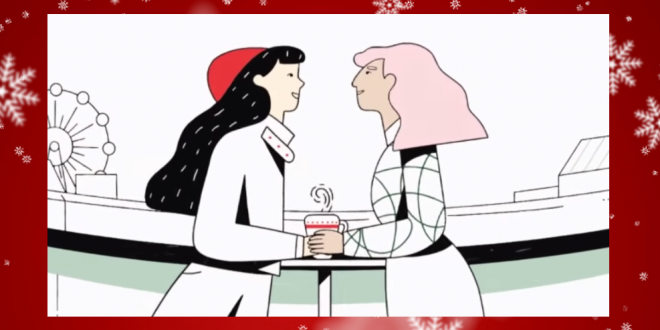 We thought the RWNJs already were boycotting.

Another year, another stink over Starbucks holiday cups. This time the controversy comes from the festive containers’ “gay agenda.” The brew-ha-ha stems from the fact that the cup might show two clasped same-sex hands.

The video promoting the coffee giant’s holiday cups features characters of various ages, races, genders and sexualities. It begins by noting that, “The holidays mean something different to everyone.” The brief commercial clearly shows two women gazing into each other’s eyes while holding hands around single steaming drink.

Why can’t they just make an apolitical cup https://t.co/rLfTGJdleT

#BoycottStarbucks or it could just be 2 sisters holding hands and celebrating family. but lets jump to conclusions.

How about we just #BoycottStarbucks These cups denigrate women and little girls. Don’t take your daughter to #Starbucks