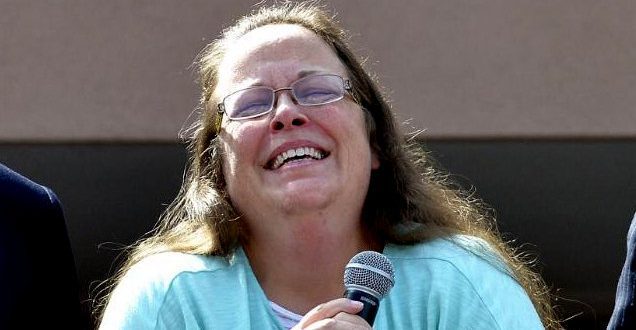 The Kentucky county clerk who drew worldwide attention for her refusal to issue marriage licenses to gay couples two years ago will run for re-election next year, her attorney said on Tuesday.

Rowan County Clerk Kim Davis will run to retain her seat in 2018 despite suggestions from some people that she run for a higher local or statewide political position, said Mat Staver, founder of Liberty Counsel.

Davis’ case in 2015 drew hundreds of protesters and supporters to her office in Morehead, in rural eastern Kentucky. While she was in jail, then-Republican presidential candidates Mike Huckabee and Ted Cruz visited her.

Less than a month after she was released from jail, Davis, who won election to the office in 2014 as a Democrat, changed her affiliation to the Republican Party.

A gay man who was denied a marriage license by a Kentucky county clerk says he is seriously considering running against her for re-election in 2018.

David Ermold and his now-husband David Moore were refused a marriage license by Rowan County Clerk Kim Davis in June 2015, shortly after a U.S. Supreme Court decision effectively legalized same-sex marriage nationwide. A video of their experience was viewed by millions online.