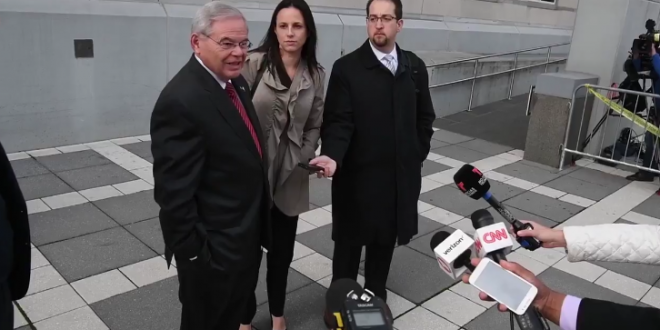 The judge and lawyers in Sen. Bob Menendez’s bribery trial are interviewing jurors as the jury says it remained deadlocked. Menendez’s defense lawyer on Thursday asked Judge William Walls to declare a mistrial. An attorney for co-defendant Salomon Melgen asked Walls to poll the jury individually to confirm they are deadlocked.

Federal prosecutors have asked Walls to give the jury more time to deliberate and to give them partial verdict instructions, but Walls says he won’t do that.

Deliberations began Nov. 6. On Monday the jury told the judge they were deadlocked, but he told them to keep going. They deliberated Tuesday, Wednesday and some of Thursday morning without reaching a unanimous verdict against the New Jersey Democrat and the Florida eye doctor.

JUST IN: Federal judge declares mistrial in corruption trial of Sen. Bob Menendez after the jury indicated it was deadlocked on all counts.