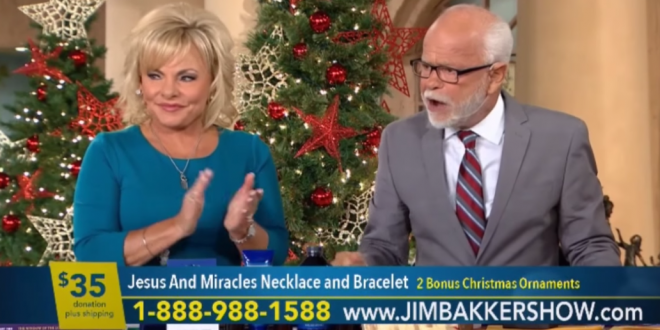 While hawking his Official End Times Jesus His Damn Self ornaments on his show today, bisexual scamvangelist Jim Bakker revealed that saying “Merry Christmas” was outlawed years ago.

Bakker said that he has been searching for Christmas ornaments that feature Jesus instead of Santa because Christmas “is the birthday of Jesus Christ” and complained that he wants to be able to buy a Christmas tree instead of a “holiday tree.”