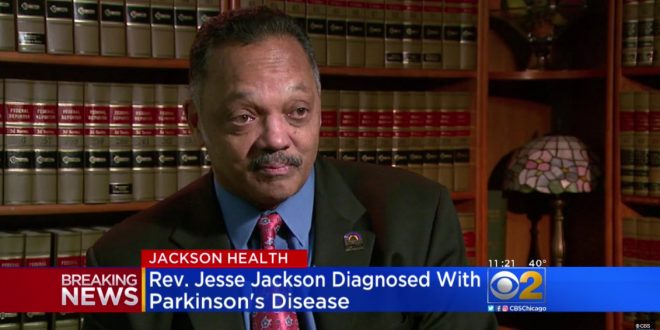 The Rev. Jesse Jackson has announced that he has been diagnosed with Parkinson’s disease, saying that he first noticed symptoms “about three years ago.” Jackson, 76, released the news in what he called an update “on my health and the future.”

The longtime political and social activist, who was part of Martin Luther King Jr.’s inner circle in the 1960s and who later founded the Rainbow PUSH Coalition, said that after noticing signs of the motor system disorder, he attempted to work through it.

Jackson added, “For me, a Parkinson’s diagnosis is not a stop sign,” saying that he will do what he can to slow the disease, through physical therapy and changes to his lifestyle.