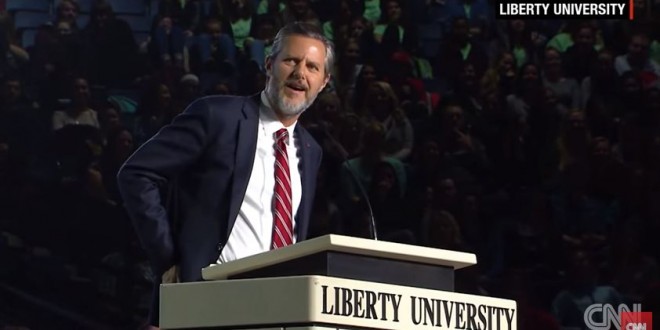 “It comes down to a question who is more credible in the eyes of the voters — the candidate or the accuser,” said Jerry Falwell Jr., the president of evangelical Liberty University who has endorsed Trump and Moore, both Republicans.

“The same thing happened to President Trump a few weeks before his election last year except it was several women making allegations,” Falwell told RNS in an email. “He denied that any of them were true and the American people believed him and elected him the 45th president of the United States.”

In a follow-up email, Falwell noted Moore’s denial of the allegations, saying: “And I believe the judge is telling the truth.”