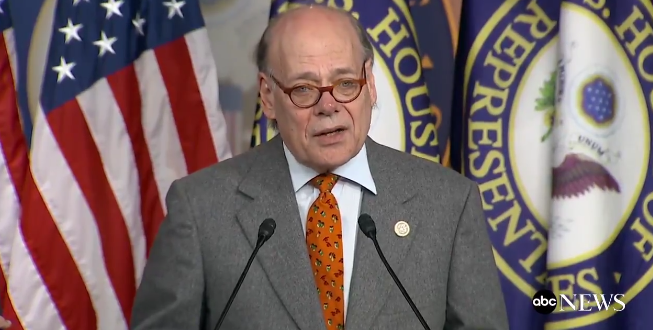 Six House Democrats have announced that they will today be filing articles of impeachment against Trump.

The move was led by Representative Steve Cohen of Tennessee, who first declared his intention to initiate the impeachment process following Trump’s controversial “both sides” remarks in response to deadly violence at a white nationalist rally in Charlottesville, Virginia.

Cohen is joined in his efforts by five colleagues, including fellow Judiciary Committee Democrat Luis Gutiérrez of Illinois, who announced his decision to join the push two weeks ago. Also at the press conference were Representatives Adriano Espaillat of New York and Al Green of Texas. The latter is one of the president’s loudest critics, and he has previously filed his own articles of impeachment.

Five articles of impeachment will be introduced, alleging obstruction of justice, violations of both the foreign and domestic emoluments clause, undermining the federal judiciary and undermining the freedom of the press.

.@RepCohen: “We believe that President Trump has violated the Constitution, and we’ve introduced five articles of impeachment.” pic.twitter.com/nC7bdnhYqR