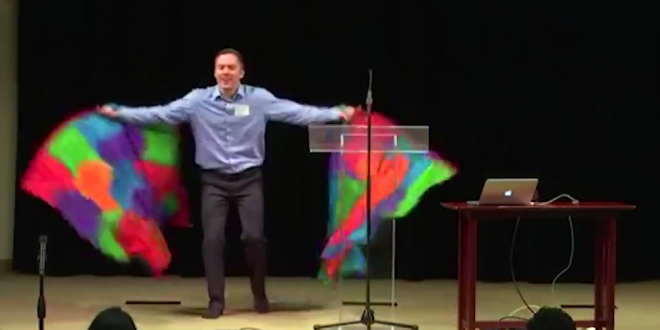 MassResistance, a notorious anti-LGBT group based in Massachusetts, recently opened up a conference with the curious decision to have a man perform an interpretive dance while holding two rainbow-colored flags.

Media Matters reports that the group, which held a conference in Texas earlier this month with the goal of “Countering the LGBT Agenda,” had a man holding two rainbow flags come on stage to dance while waving them around.