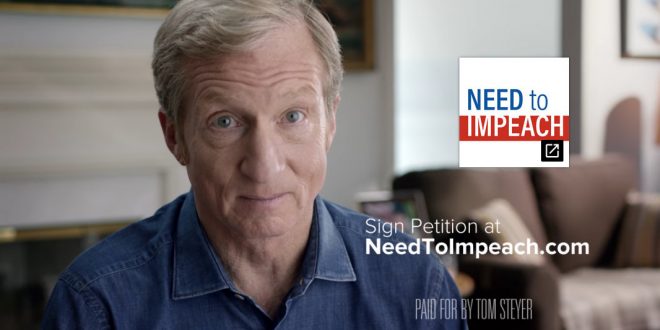 Fox News has pulled an ad by San Francisco billionaire Tom Steyer calling for President Donald Trump to be impeached, prompting questions about the motivation for Fox’s decision.

The ads having been running across the U.S. for two weeks, and Steyer bought a second week of advertising in a prime time Fox News slot on October 27 as part of the $11 million ad buy.

Fox News confirmed it had pulled the ad. “Due to the strong negative reaction to their ad by our viewers, we could not in good conscience take their money,” the channel’s co-president Jack Abernethy said.

Steyer, a Democrat donor and environmentalist, accused Fox of buckling to pressure from the president. “If Fox News is siding with Trump and trying to silence us, they must be afraid of what we have to say,” Steyer said in a statement. “It shows no respect for democracy.”

So far the petition has gotten 1.4 million signatures.