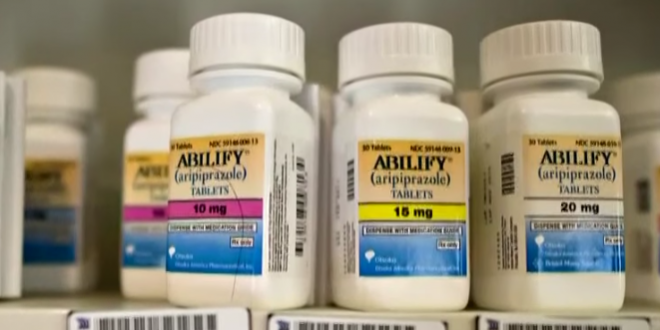 U.S. regulators have approved the first drug with a sensor that can track whether patients have taken their medicine. The Abilify pill was first approved by the Food and Drug Administration in 2002 to treat schizophrenia, and the sensor technology was approved for marketing in 2012. The FDA said in a statement Monday that the digitally-enhanced medication “works by sending a message from the pill’s sensor to a wearable patch.”

“Being able to track ingestion of medications prescribed for illness may be useful for some patients,” Dr. Mitchell Mathis of the FDA said in statement. “The FDA supports the development and use of new technology in prescription drugs and is committed to working with companies to understand how this technology might benefit patients and prescribers.” Abilify MyCite was developed by Otsuka Pharmaceutical Co. and the sensor was created by Proteus Digital Health.

Patients who agree to take the digital medication, a version of the antipsychotic Abilify, can sign consent forms allowing their doctors and up to four other people, including family members, to receive electronic data showing the date and time pills are ingested.

A smartphone app will let them block recipients anytime they change their mind. Although voluntary, the technology is still likely to prompt questions about privacy and whether patients might feel pressure to take medication in a form their doctors can monitor.

Dr. Peter Kramer, a psychiatrist and the author of “Listening to Prozac,” raised concerns about “packaging a medication with a tattletale.” While ethical for “a fully competent patient who wants to lash him or herself to the mast,” he said, “‘digital drug’ sounds like a potentially coercive tool.”