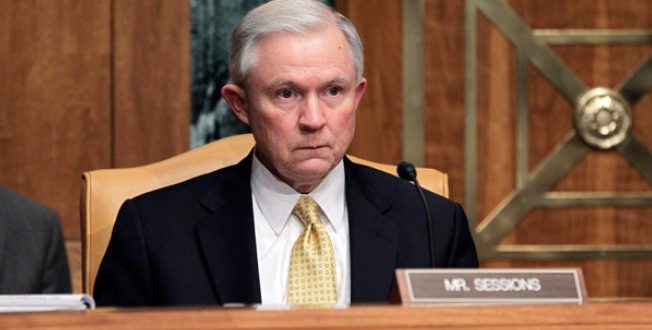 Justice Department prosecutors dropped their case against the woman who was arrested after laughing during Attorney General Jeff Sessions’ confirmation hearing, according to a report Tuesday.

Desiree Fairooz, who was set to face a second trial next week, is a 61 year-old veteran activist associated with the organization Code Pink. She was arrested during Jeff Sessions’ conformation hearing in January for loudly laughing after Sen. Richard Shelby, R- Ala., said the now-attorney general had a “clear and well-documented” record of “treating all Americans equally under the law.”

A Capitol Police officer — who had never made an arrest or covered a congressional hearing, according to the report — arrested Fairooz, which she loudly fought. Following the arrest, the U.S. Attorney’s Office for the District of Columbia pressed two charges against her.