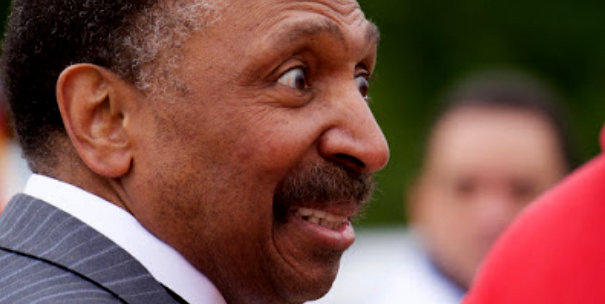 Christian Activist E.W. Jackson: Leftists Would Murder People Like Roy Moore If They Could Get Away With It

“You don’t ever want to give these leftists another head to mount on their mantel. They’re head-hunters, they like to destroy people, they like to destroy Christian conservatives, particularly. They’re filled with hatred and animosity and they love killing folks. I’m serious, folks. I think a lot of ’em would kill people physically if they thought they could get away with it.

“But they can’t, for the most part; they don’t want to go to jail so what they do is they try to kill people metaphorically, destroy them, destroy their reputation, destroy their career, destroy their livelihood, just make them suffer. That’s the kind of hatred they have for people of my ilk.” – Christian radio host E.W. Jackson, explaining his support for Roy Moore.

Jackson is likely to run for the US Senate in Virginia next year. In 2012, he got 5% of the vote in the GOP primary.

Previous Lindsey Graham’s General Rule: If A Mall Puts You On The “No Fly List” – You Shouldn’t Be In The Senate
Next LIVE VIDEO: Moore’s Lawyer Gives Press Conference