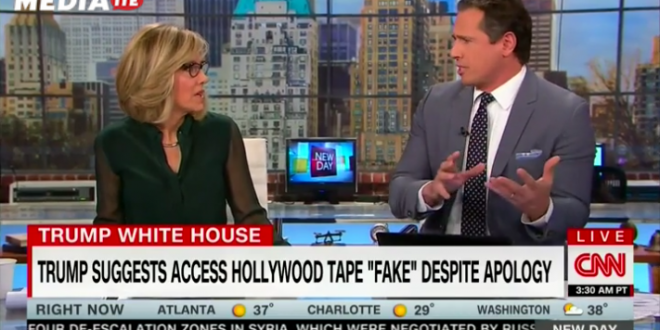 How on earth could President Donald Trump deny that the infamous Access Hollywood tape is authentic? That’s what Chris Cuomo wanted to know Monday on New Day. The anchor was equal parts perplexed and insulted that Trump would now try to claim Fake News on a video he already admitted was the real deal — a clip for which he offered a rare apology.

“I think it is way more troubling than it is getting credit for,” Cuomo said of Trump’s reported denials. “I don’t think this is an offhand comment. I think he believes this will work with people. That if he doubts its authenticity. That is him. On. That. Tape! Okay? That’s who it is. He said what he said. He even kind of owned it.”