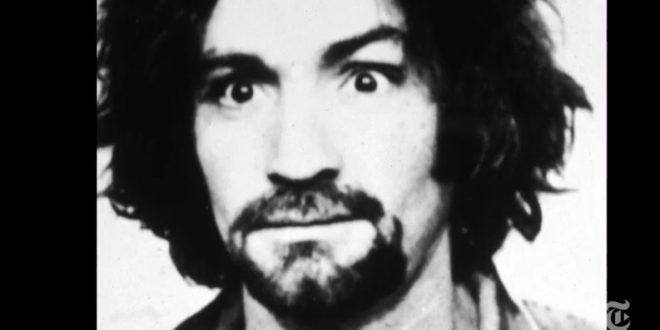 Charles Manson, one of the most notorious murderers of the 20th century, who was very likely the most culturally persistent and perhaps also the most inscrutable, died on Sunday in Kern County, Calif. He was 83 and had been behind bars for most of his life. He died of natural causes in a hospital, the California Department of Corrections and Rehabilitation said in a news release.

Mr. Manson was a semiliterate habitual criminal and failed musician before he came to irrevocable attention in the late 1960s as the wild-eyed leader of the Manson family, a murderous band of young drifters in California. Convicted of nine murders in all, Mr. Manson was known in particular for the seven brutal killings collectively called the Tate-LaBianca murders, committed by his followers on two consecutive August nights in 1969.

Previous Today In Trumpian Petty Assholery
Next Trump Voter To CNN: If Jesus Christ Got Off The Cross And Said Trump Colluded, I’d Ask Trump To Confirm