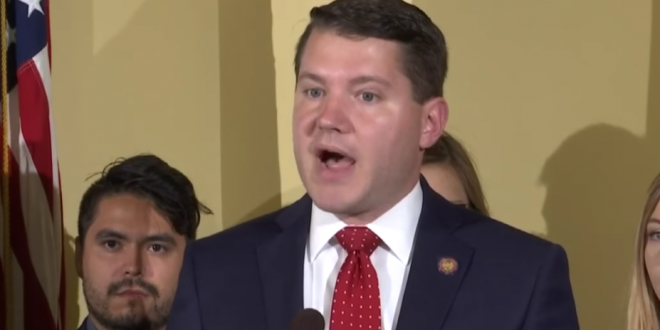 Disgraced Ohio State Representative Wes Goodman — a Republican — in the wake of the lawmaker’s recently-revealed sex scandal and resignation is being accused by dozens of people of sexual misconduct. IJR has obtained testimonies from over 30 individuals who have had inappropriate and never-before-shared experiences with Goodman.

The victims were almost always political activists who simply had mutual friends with Goodman. He would then escalate the conversation, often sending several messages a day. Eventually, the conversation would move past small talk and Goodman would start sending suggestive messages.

One source said he met Goodman through mutual friends at Ohio State who worked close to him and told us that Goodman would reach out to him about “coming over” and “helping him out,” but the conversation would quickly turn sexual.

Goodman would tell him that he needed help “alpha to alpha” and that “it wouldn’t be gay if it’s just two alphas.” The source also received several inappropriate pictures and would awkwardly be asked about his penis size and other intimate details “in ways that weren’t appropriate in general.”

Hit the link for much more including screenshots.

Previous Tillerson Observes Transgender Day Of Remembrance: The United States Honors The Memory Of Those Killed
Next REPORT: H.R. McMaster Privately Mocked Trump As An “Idiot” With The Intelligence Of A “Kindergartener”