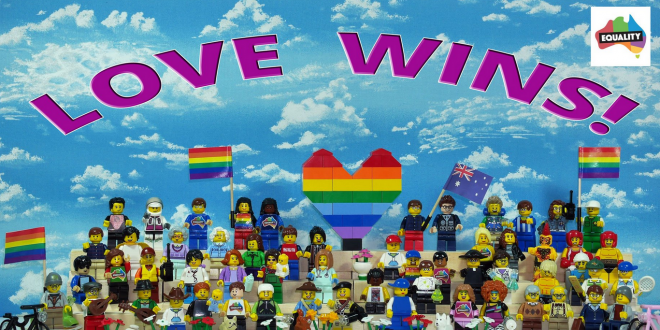 Moments ago the top officer in Australia’s federal statistics bureau revealed that the result of the non-binding postal survey on same-sex marriage is a landslide WIN for the YES side by 24 points.

Members of Parliament are expected to quickly introduce a marriage bill that could see legalization in place as soon as Christmas.

But…as always…the haters will try every dirty trick in the book to slow things down or dilute the win with so-called “religious liberty” discriminatory amendments.

TODAY, however, we CELEBRATE a great win for Australia and yet another advance in the global battle for LGBT equality.

This all happened because of you.

We did this together. pic.twitter.com/4vWuIj9bpB

Breaking » Australian voters OK marriage equality 62% to 38%. Parliament expected to move fast. Same-sex couples likely to marry before year’s end. Voters have OK’d marriage equality four other times: Ireland in 2015 and the U.S. states of Maine, Maryland and Washington in 2012.