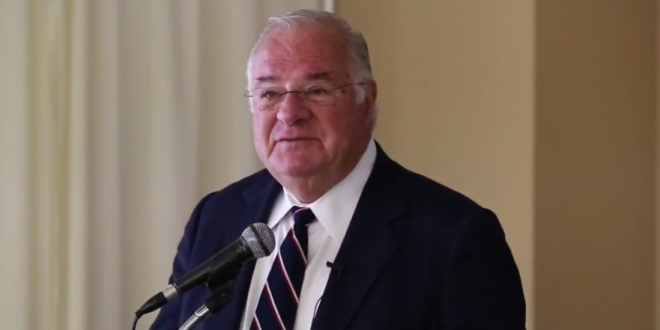 A week ago, reporters and editors in the combined newsroom of DNAinfo and Gothamist, two of New York City’s leading digital purveyors of local news, celebrated victory in their vote to join a union. On Thursday, they lost their jobs, as Joe Ricketts, the billionaire founder of TD Ameritrade who owned the sites, shut them down.

At 5 p.m., a post went up on the sites from Mr. Ricketts announcing the decision. He praised them for reporting “tens of thousands of stories that have informed, impacted and inspired millions of people.” But he added, “DNAinfo is, at the end of the day, a business, and businesses need to be economically successful if they are to endure.”

Ricketts said he pulled the plug because the DNA brand — which was melded with Gothamist sites earlier this year — failed to turn a profit.

“Businesses need to be economically successful if they are to endure. And while we made important progress toward building DNAinfo into a successful business, in the end, that progress hasn’t been sufficient to support the tremendous effort and expense needed to produce the type of journalism on which the company was founded,” Ricketts wrote.

But Ricketts, an outspoken opponent of unions, had signaled he might bail on the business if WGAE’s vote was successful. Staffers will get full pay and benefits until Feb. 2, the company said in its email.

The shuttered sites include DNAinfo, Gothamist, DCist, Chicagoist, and SFist. At this writing only Ricketts’ letter is posted on each site and archives are unreachable.

To the best of my understanding, Gothamist was unequivocally profitable. Ricketts is a liar and a ghoul.

Joe Ricketts is 76. He just deleted the work of hundreds of good young journalists, and pissed off all their friends. Good luck maintaining a legacy, Joe!

Ricketts and his son (the governor) also spent part of the family fortune to save the death penalty in Nebraska. https://t.co/BX3D5sIL8m

All of DNAinfo and Gothamist’s pages redirect to the letter from Ricketts. It’s like entire cities just had years of history stripped away.

Reminder that when Ricketts bought Gothamist (just 7 months ago), he deleted unflattering coverage of himself. https://t.co/3KbvGSONzv

It’s pretty fucked up that Ricketts could buy the -ist sites in March and then wipe out their archives when he shuts them down in Nov.

if u are dope-ass journalist at one of the places Ricketts just shut down, DM or email me at [email protected], for serious