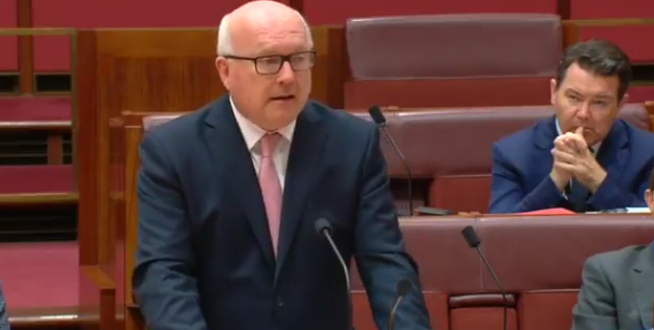 Australian Attorney General Gives Impassioned Speech On Marriage: You Are Normal, You Have A Need To Love

“I want to reflect for a moment on the message this will send, in particular, to young gay people. To the boy or girl who senses a difference from their friends, which they find difficult to understand and impossible to deal with. How many hundreds of thousands of young Australians have known that fear? How many have lived with it, silently and alone? How many have failed to come to terms with it, and been overborne by it?

“Australia may have been slow to reach this day. But when that day did come, it came triumphantly, it came joyously, and most importantly it came from the Australian people themselves.” – Australian Attorney General George Brandis, speaking before the marriage bill passed its second reading without objection.

“We are saying to those vulnerable young people – there is nothing wrong with you. You are not unusual, you are not abnormal, you are just you,” Attorney-general George Brandis tells the same-sex marriage debate. pic.twitter.com/SNv3Mn0SWX

Shorter George Brandis: You may think the amendment I’m moving is strictly unnecessary, and you would be right, but because of the “no” campaign’s lies it has become a bit necessary #auspol