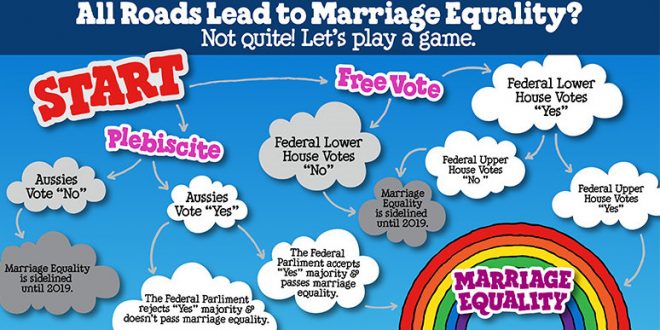 He is the global trotting, career public servant with an eye-watering pay packet who tries to fly under the radar. But on Wednesday morning, at the dot of 10, all eyes will be on Australia’s numbers man-in-chief, David W. Kalisch.

Grandly titled the “Australian Statistician”, Mr Kalisch heads the Australian Bureau of Statistics (ABS) and it is he who will reveal the answer to the $122 million` question — did we vote Yes or No in the same-sex marriage survey.

Following three months of debate, we’re almost at the survey finishing line. In its latest update, released last Tuesday, the ABS said 12.6 million of the 16 million eligible voters had posted their vote, a huge 78.5 per cent return rate.

10AM Wednesday in Sydney is 6PM Tuesday in NYC.