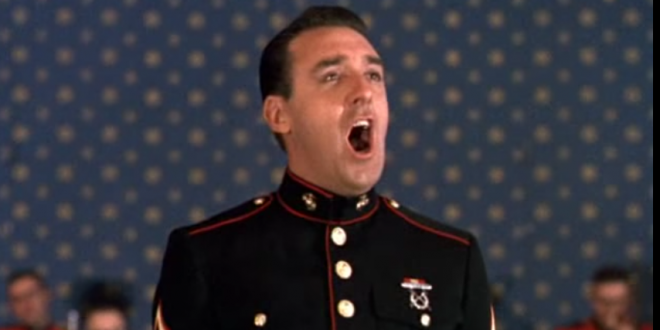 Jim Nabors, who starred as Gomer Pyle on The Andy Griffith Show and on his own sitcom before retiring the wide-eyed, countrified character at the height of his popularity, has died. He was 87.

Nabors died early Thursday morning, Hawaii News Now reports. A native of Alabama, Nabors also recorded more than two dozen albums with a rich, operatic baritone voice that surprised those who were used to hearing Nabors exclaim “Gawwwleee!” with a Southern twang on television. For many years, Nabors sang “Back Home Again in Indiana” during the opening ceremonies for the Indianapolis 500.

Nabors, who underwent a liver transplant in 1994, starred regularly at the Hilton Hawaiian Village Dome in The Jim Nabors Polynesian Extravaganza, which in the 1980s was one of the state’s top showbiz attractions. He lived in Hawaii for more than 30 years and had homes in Honolulu and Maui, where he had a macadamia nut farm.

In January 2013, Nabors exchanged wedding vows with Stan Cadwallader, his partner of almost four decades, before a judge in a Seattle hotel room. Nabors met Cadwallader, a former firefighter in Honolulu, in 1975.

Previous Rep. Joe Barton To Retire After Porn/Adultery Scandal
Next Right Wing Site Goes There: We’d Vote For Roy Moore Even If He Molested Our Own 14 Year-Old Daughter