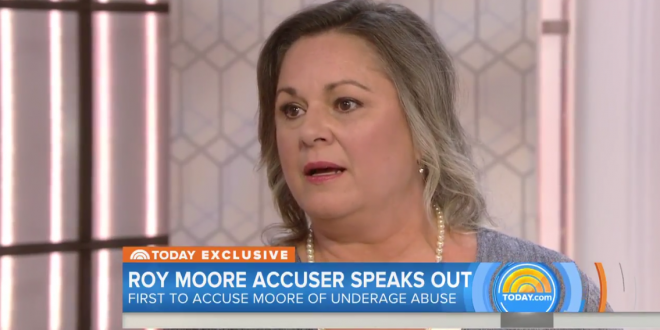 Accuser To Roy Moore: Stop Calling Me A Liar!

In an impassioned letter released exclusively today to AL.com, Leigh Corfman, who accused Roy Moore of undressing her when she was 14 and he was 32, demanded the Republican Senate candidate stop calling her a liar, and attacking her character and end his “smears and false denials.”

AL.com received a copy of the letter in person from Corfman. She declined to comment beyond what was contained in the letter. “I am not getting paid for speaking up. I am not getting rewarded from your political opponents. What I am getting is stronger by refusing to blame myself and speaking the truth out loud,” the letter states.

“The initial barrage of attacks against me voiced by your campaign spokespersons and others seemed petty so I did not respond.” However, Corfman decided to write the open letter after hearing Moore’s own remarks last night at a rally in Henagar, his first public appearance in nearly two weeks.

Hit the link to read Corfman’s letter in full.