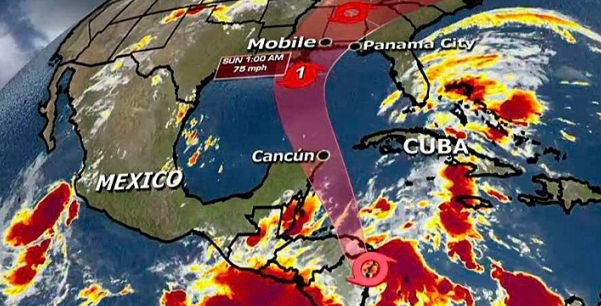 Yet Another Likely Hurricane Is On Its Way

A tropical cyclone in the northwestern Caribbean Sea has been upgraded to a named storm, Tropical Storm Nate. The system is likely to become a hurricane in the next three days and could hit the northern Gulf Coast on Sunday morning, forecasters say.

“Residents along the Gulf Coast from Louisiana through the Florida Panhandle should monitor the progress of this system and heed any advice given by local officials,” the National Hurricane Center says.

Nate is expected to strengthen as it moves over warmer waters on its way to the U.S. coast. But at this point, the National Hurricane Center says, “it is too early to specify the timing, location, or magnitude of these impacts. “