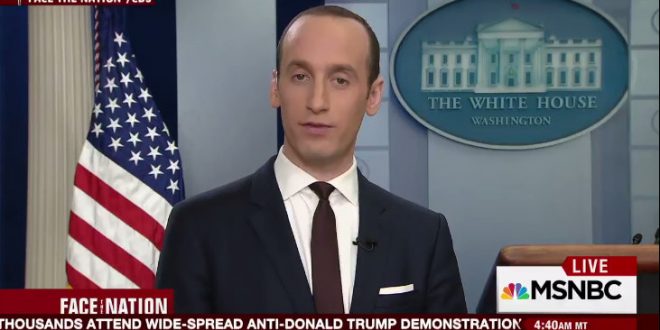 White House senior adviser Stephen Miller once jumped into a women’s track meet to make a point about masculinity. In a lengthy profile published on Monday, The New York Times reported that Miller “jumped, uninvited, into the final stretch of a girls’ track meet, apparently intent on proving his athletic supremacy over the opposite sex.”

The White House seems not to have denied the incident to the Times, only clarifying that the girls’ track team was from another school. Classmates remembered different racially and politically charged incidents.

Miller reportedly said he could not be friends with a person of Latino heritage, and on a different occasion, the paper reported, Miller “set off on a patriotic semi-striptease before the editor of the student newspaper, according to the editor, Ari Rosmarin, theatrically removing a button-down to reveal an American flag T-shirt in protest of an article he found inconsistent with the national interest.”