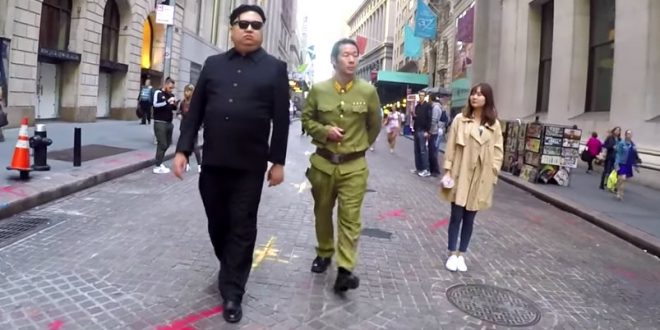 A new video out today by Youtube prankster QPark, features the “Supreme Leader of North Korea” roaming the streets of NYC… or at least a lot of people throughout NYC were gullible enough to believe that. Strolling through Harlem down to the Empire State Building, all the way to Koreatown, the fake Kim Jong-Un was accompanied by an imposter General but was missing Dennis Rodman, as one astute hair stylist pointed out when the Supreme Leader stopped in to inquire about a possible trim.

As you’ll see, the fake even visited a Trump building.