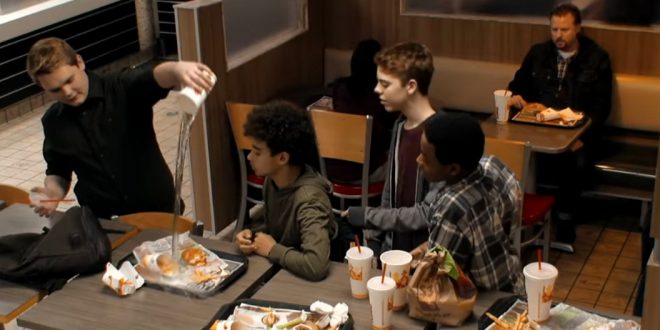 Would you rather stand up for a damaged meal or a damaged child? According to Burger King, most would choose the former. The fast food giant rolled out a public service announcement today in honor of National Bullying Prevention Month that uses a clever social experiment to demonstrate how people often refuse to speak out against bullies. As one child says in the video, “It’s just easier to do nothing.”

To prove that point, Burger King “bullied” a high school junior and a Whopper Junior in one of its locations to see which act received more complaints. For the high schooler, the company hired actors to play the roles of bully and victim in the midst of a busy store. For the Whopper, Burger King simply had its employees smash them into pieces in the vein of punching a student before wrapping them up and handing them out as orders to customers.

Watch the clip to see how many complained about their “bullied” burger versus how many came to the defense of the bullied kid.