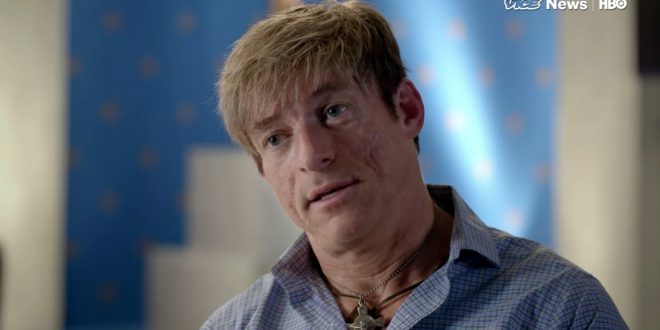 It’s no surprise the ultra-conservative Church Militant website and its founder, Michael Voris, have seen a surge in popularity within the American Catholic culture following the election of Donald Trump. But now the far-right fringe group is at war with the Catholic Church, which Voris believes has taken a sharp turn to the left.

To Voris, no one better embodies the Church establishment’s embrace of a liberal agenda than Father James Martin. Martin’s latest book, “Building a Bridge,” argues for a dialogue between the Catholic Church and LGBT Catholics. While there’s been some pushback from conservative clergy, the most vehement opposition to Martin’s ideas has come from Church Militant.

RELATED: Voris finally came out as ex-gay last year. At that time I wrote:

Thanks in part to pressure from virulently anti-gay and comically bewigged Catholic activist Michael Voris, last week the Catholic Church fired its news service editor for tweeting against North Carolina’s hate law. Yesterday Voris posted a video on his website, Church Militant, in which he confesses that for most his thirties, he lived a sexually sinful life of “live-in relationships with homosexual men.” Voris claims that he makes this revelation because the New York Archdiocese has been plotting to out him over his past.

Back in 2010 I posted several times about Voris, his attacks on President Obama, on LGBT rights, and his call for a “benevolent Catholic dictatorship in the United States.” These posts prompted a JMG reader to write and tell me that he’d once been close friends with Voris, who, according to the reader, had been a producer at the CBS affiliate in Detroit.

The reader further shared that he, Voris, and Voris’ boyfriend at the time had attended International Mister Leather some time in the 90s. According to the reader, Voris had to lend him a leather item in order to comply with that weekend’s dress code at Chicago’s Manhole bar.

I ended up not outing Voris because I couldn’t verify the reader’s story.