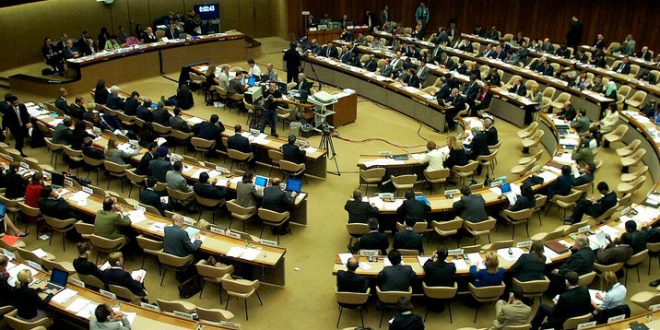 “Horrific laws” condemning people to death because of whom they love are the focus of a new international proposal. “The question of the death penalty” resolution to denounce the most severe punishment for consensual same-sex relations was passed on Friday by the 47-member United Nations Human Rights Council in Geneva. Twenty-seven nations voted in favor of the resolution; 13 voted against it and 7 abstained.

The resolution also condemns the death penalty for adultery, noting that it is disproportionately imposed on women. In addition to focusing on gender and sexual orientation, the new resolution builds on a recent UN report that examined the question of the death penalty’s disproportionate or discriminatory impact on groups or people who: have mental or intellectual disabilities, are below 18 years of age at the time of the crime, economically vulnerable, foreign nationals, exercising their right to freedom of religion or belief and freedom of expression, belong to racial and ethnic minorities or are women who are pregnant.

Adré du Plessis, Head of UN Programme and Advocacy at ILGA told GSN why the US voted against the resolution: “The United States has the death penalty and has a consistent record of voting no on resolutions that are against it. Essentially, it is important to see the United State’s ‘no’ vote is therefore on the wider application of death penalty – rather than the issues of consensual same-sex relationships.”

However, he shared his gratitude towards the eight countries that brought the resolution forward: “Belgium, Benin, Costa Rica, France, Mexico, Moldova, Mongolia, and Switzerland… they stood firm on principle through a difficult negotiation and voting period.”

Egypt, Russia, and Saudi Arabia made multiple attempts to dilute the resolution with amendments. All those attempts failed in reportedly close voting. Russia is not a voting member of the Human Rights Council.