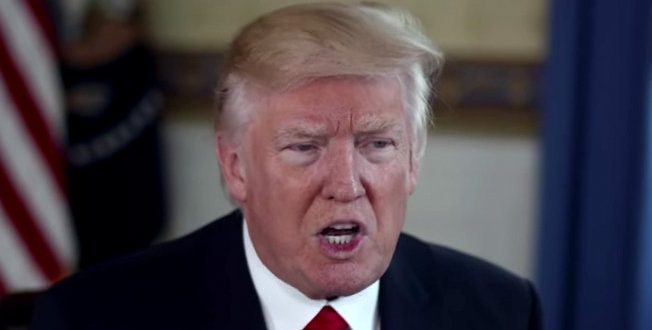 U.S. President Donald Trump on Saturday said “only one thing will work” in dealing with North Korea after previous administrations had talked to Pyongyang without results.

Trump did not make clear to what he was referring, but his comments seemed to be a further suggestion that military action was on his mind.

Earlier this week, during a meeting with top U.S. military leaders and their spouses, Trump told reporters it was the “calm before the storm.” Asked for clarification then on what he meant, Trump said: “You’ll find out.”

Presidents and their administrations have been talking to North Korea for 25 years, agreements made and massive amounts of money paid……

…hasn't worked, agreements violated before the ink was dry, makings fools of U.S. negotiators. Sorry, but only one thing will work!

Trump is the most dangerous man in the world. Congress needs to intervene now & take his ability to start a preemptive war. #NorthKorea pic.twitter.com/DKm9ljqekW