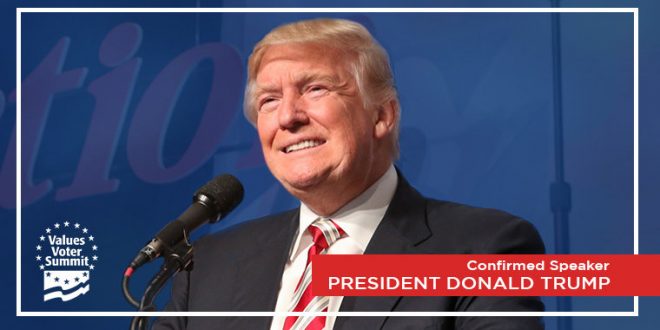 Last year, he spoke to the Values Voter Summit as a candidate — this year, it will be as the 45th President of the United States. Today we have confirmation from the White House that President Donald Trump will speak to the VVS crowd this Friday morning. If you’re on the fence about attending, jump on over to the VVS website to secure your spot now!