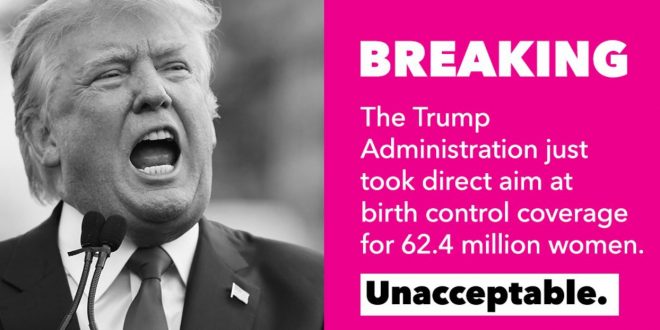 The Trump administration is expanding exemptions to an Affordable Care Act rule requiring employers to include birth control coverage in health plans.

On Friday, the Departments of Health and Human Services, Treasury and Labor issued “interim final rules” to make more entities exempt from providing plans that cover contraceptives without a co-payment. They will create what a senior HHS official described as limited exemptions for organizations that have a sincerely held religious or moral objection to providing birth control coverage.

Under the eased rules, nonprofits, private companies, institutions of higher education and certain non-government employers with religious objections can get an exemption from the mandate, an official told reporters.