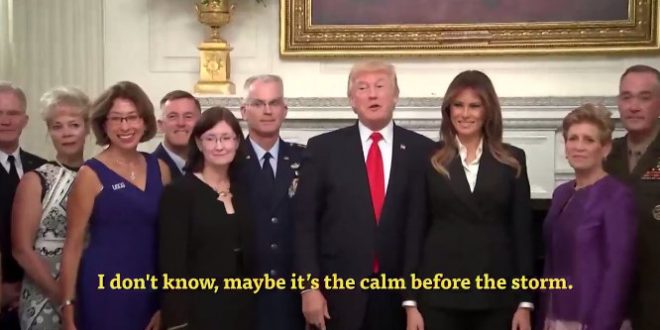 President Donald Trump delivered a foreboding message Thursday night, telling reporters as he posed for photos with his senior military leaders that this might be “the calm before the storm.” White House reporters were summoned suddenly Thursday evening and told the president had decided he wanted the press to document a dinner he was holding with the military leaders and their wives.

Reporters were led hastily to the grand State Dining Room, where they walked into a scene of the president, his highest-ranking military aides and their wives posing for a group photo. The cameras clicked and they smiled. A joke was made about someone’s face being tired. Live classical music played.