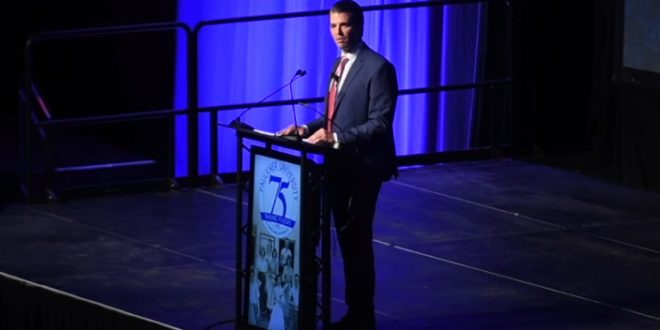 Donald Trump Jr. ripped America’s universities and colleges during a speech Thursday in Alabama, blaming college professors for teaching students “how to become an actual fascist.”

Speaking at a benefit dinner for Faulkner University, President Trump’s eldest son said that statements such as “we need borders” or “our founders were great people” had become hate speech on some college campuses.

“We’ll teach you how to pretend to be an anti-fascist and how to become an actual fascist,” Trump Jr. said Thursday. Trump Jr. also attacked “spineless” college administrators and faculty for what he described as a refusal to stand up to demands from student groups.