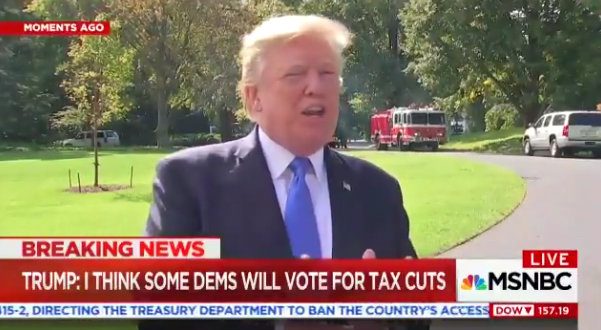 Trump: I’m Not A Jerk, I’m A Very Smart Ivy League Graduate, One Of The Greatest Memories Of All Time

President Trump on Wednesday cited his Ivy League education in pushing back at the notion that he is an uncivil leader. “You know people don’t understand, I went to an Ivy League college,” he told reporters at the White House. “I was a nice student. I did very well. I’m a very intelligent person.”

Trump blamed the media for making him look “more uncivil than I am.” “I think the press creates a different image of Donald Trump than the real person,” he said. In the past two weeks, Trump has feuded with a Gold Star widow who was offended by his comments during a condolence call for her husband who was killed in Niger.

Trump says the press creates a different image of who he really is: “I went to an Ivy League college… I’m a very intelligent person.” pic.twitter.com/uBqhxj5Z92

Trump: "Son of a bitch" NFL stars who kneel during anthem should be fired
Also Trump: Press makes me seem "uncivil" https://t.co/qAvfGNhkk2