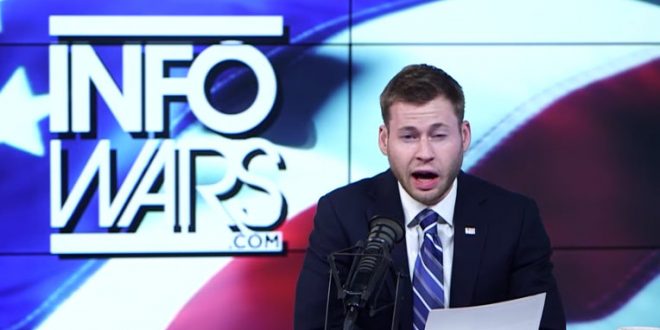 Today At InfoWars: Michelle Obama Is Transgender And Part Of Liberal Plot To Mainstream Satanism [VIDEO]

Owen Shroyer, a reporter and radio host for the conspiracy theory outlet Infowars, reinforced the outlet’s ongoing conspiracy theory that Michelle Obama is secretly a transgender woman and part of a liberal plot to make “literally a Satanic culture” mainstream.

Yesterday, Shroyer discussed a story about a viral photo of drag queen who read books to children at the Michelle Obama Public Library in Long Beach, California, while wearing a costume that included horns and scary makeup. Shroyer asserted that the event happened at the library named after Michelle Obama because the former first lady is a transgender woman who used to be named “Michael.”