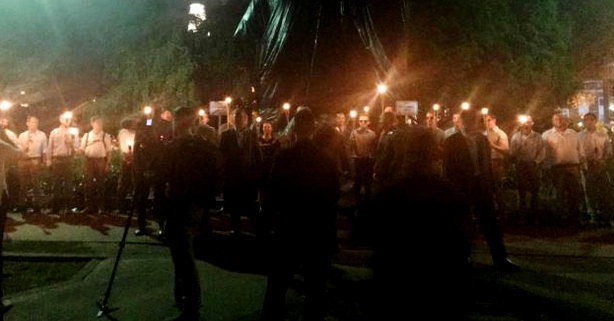 White nationalists briefly rallied on Saturday in Charlottesville, Virginia, where violent clashes in August led to the death of a woman who was run down by a car.

A few dozen white nationalists, led by so-called “alt-right” activist Richard Spencer and carrying torches gathered at Emancipation Park near a covered statue of Confederate general Robert E. Lee, the removal of which was blocked by a court pending the outcome of a legal challenge.

Spencer posted a video on Twitter showing the protest, in which opponents of the removal of Lee’s statue chanted “You will not replace us” and “We will be back.”