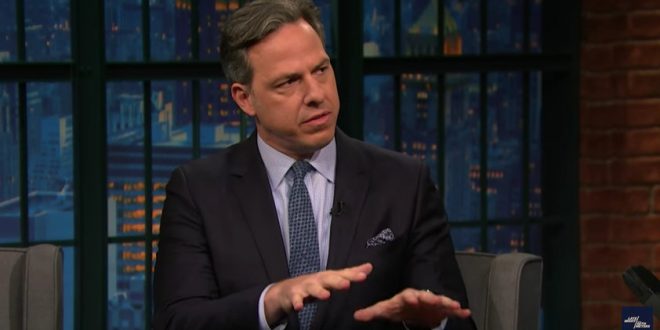 Tapper: If Obama Had Threatened The License Of Fox News, There Would Be Torches In The Street [VIDEO]

During a panel discussion on CNN’s The Lead this afternoon, anchor Jake Tapper noted that if Trump’s predecessor had taken aim at conservative outlets in this manner, the outrage would have been so loud that we would have likely seen action in the streets.

Pointing out that he began yesterday’s broadcast by holding up a copy of the Constitution, Tapper explained that the president is “talking about getting the government to go after media organizations for reporting things he doesn’t like.”

“It just boggles the mind, if President [Barack] Obama had said that about Fox or Breitbart or whatever, I mean, the reaction — there would be people with torches in the street,” Tapper declared.