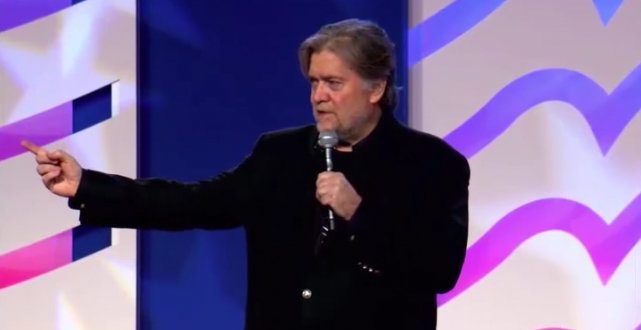 Breitbart News Executive Chairman and former White House Chief Strategist Steve Bannon declared a “season of war” against the GOP establishment in an electrifying speech at the Values Voter Summit Saturday, warning Senate Majority Leader Mitch McConnell: “these folks are coming for you.”

“There’s a time and season for everything, and now it’s a season of war against the GOP establishment,” Bannon told the gathering in Washington, DC. “It’s no longer acceptable to come and pat you on the head and tell you everything’s going to be fine [if you] just get these guys an office.”

Bannon is planning a full-scale assault in the 2018 midterms, reportedly planning challenges on every GOP senator up for re-election (except for Texas Sen. Ted Cruz) and is believed to be eyeing a number of House and gubernatorial races as well. “This is not my war. This is our war. And y’all didn’t start it. The establishment started it,” he said.