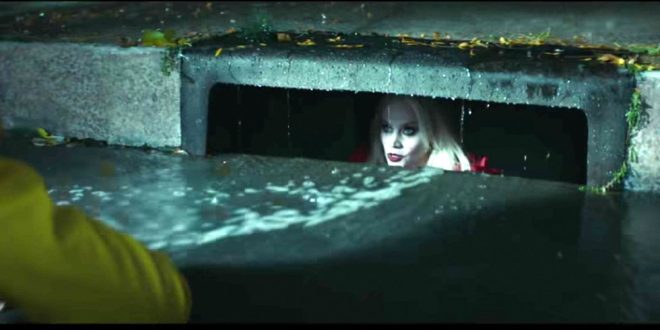 “Saturday Night Live” may have found its most uncharitable caricature of someone in President Trump’s orbit this weekend, featuring Kellyanne Conway as the scary clown from Stephen King’s recently revitalized film, “It.” The real butt of the joke, though, is cable news.

In the highly cinematic, prerecorded sketch, CNN’s Anderson Cooper (played by Alex Moffat) stumbles upon Conway (Kate McKinnon) in full Pennywise makeup in a sewer on a stormy night.

While down there, she promises Cooper buzzy and crazy quotes — “Puerto Rico actually was worse before Hurricane Maria, and the hurricane did actually blow some buildings back together,” for example — in exchange for getting booked on his show.