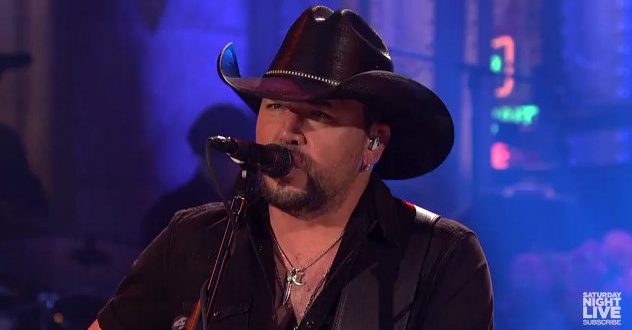 “This week, we witnessed one of the worst tragedies in American history,” Aldean began. “Like everyone, I’m struggling to understand what happened that night and how to pick up the pieces and start to heal.”

Aldean went on to perform a cover of “I Won’t Back Down” by legendary rocker Tom Petty, who passed away earlier this week.

In the wake of the Las Vegas shooting “Saturday Night Live” took on the nation’s gun control debate during its “Weekend Update” segment, featuring co-anchors Colin Jost and Michael Che.

“For every gun you trade in, we give you one-half inch of penis enlargement. That’s fair,” Che joked. “If you trade in ten guns, you get five more inches.”

He added, “And if women want to trade in their guns: Don’t. Keep your guns. You’re probably going to need them to fight off all those men in spandex showing off their brand new eight-inch penises.