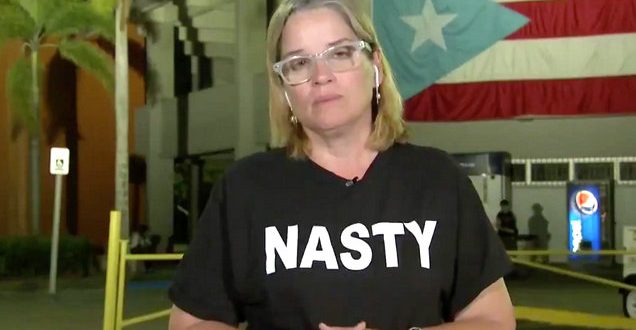 “I don’t give a shit.” That’s one of the first things that Carmen Yulin Cruz, the mayor of San Juan, Puerto Rico, said to me, referring to her recent public exchanges with President Trump. In reference to his tweets calling her “nasty,” she went on to say, “This isn’t about me or politics. I’m not going to be the face you see out there just giving you a box of food for the photo op. I’m the face of the person who is going to make sure somebody gets that to you … so like the last scene of Gone With the Wind — ‘Frankly my dear, I don’t give a damn.'”

Nearly three weeks after Hurricane Maria pummeled Puerto Rico, the vast majority of the island remains without power and the death toll from the storm has risen to 45, authorities said. In addition, more than 110 people remain unaccounted for, according to Karixia Ortiz, a spokeswoman for Puerto Rico’s Department of Public Safety.

The recovery has moved slowly since Maria struck the US territory on September 20, leaving most of the island without basic services such as power and running water, according to residents, relief workers and local elected officials.

At least two people have died from leptospirosis, which spreads when the urine of infected animals gets into drinking water, San Juan Mayor Carmen Yulín Cruz told CNN Wednesday. “We’re not out of the woods yet,” she said. “We are now starting to see a lot of health issues… So we are in a great effort, a great humanitarian effort.”

As of Wednesday 89% of the island was without electricity and almost 47% had no phone service, according to a website set up by the Puerto Rican government. Some 43% of the island’s 313 bank branches remained closed, it said.